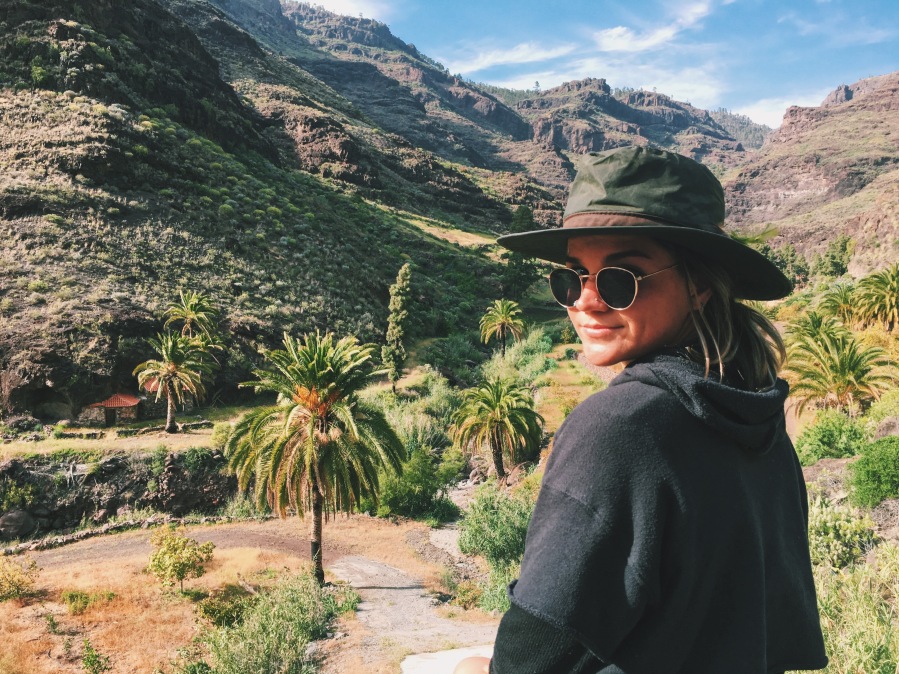 Scroll to the absolute bottom of pictures, to read my piece about my first day in the Canary Islands or Las Canarias (all photos via me). 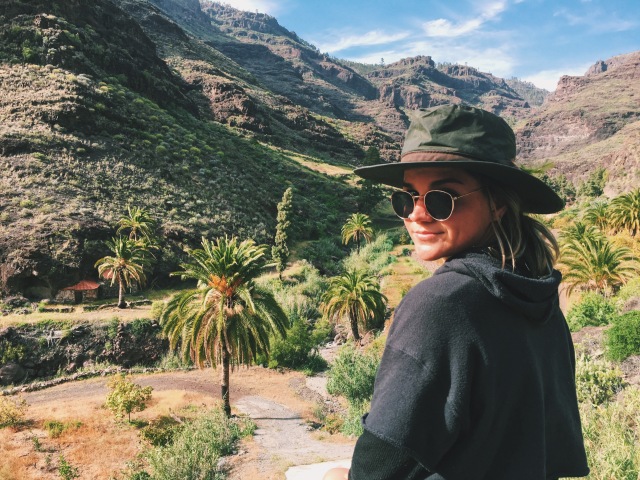 Off of the West Coast of Africa, the island chain is an archipelago that is under the Spanish crown, the topography is intense, with a landscape filled with unexpected surprises. Roads that lead to the tops of mountains and down to the dry beds of ancient lakes, peaks carved in and out of winding, narrow streets and monumental rock formations. The landscape reminded me of the southern cliffs of Spain and the similar ones I also saw in northern Morocco, ‘the earth is so miraculous’, I thought. The beaches, though, are a popular place for German and English holiday-er’s. But, this non-touristy, little strip of surf hostels on the Northern part of their large island, Gran Canaria, is called Paseo de Las Canteras. Which was my sea side home for 4 days, after 7 of traveling throughout Southern Spain. I flew out to Gran Canaria with zero expectations, and found everything I didn’t know I needed.  SEE BELOW PHOTOS. 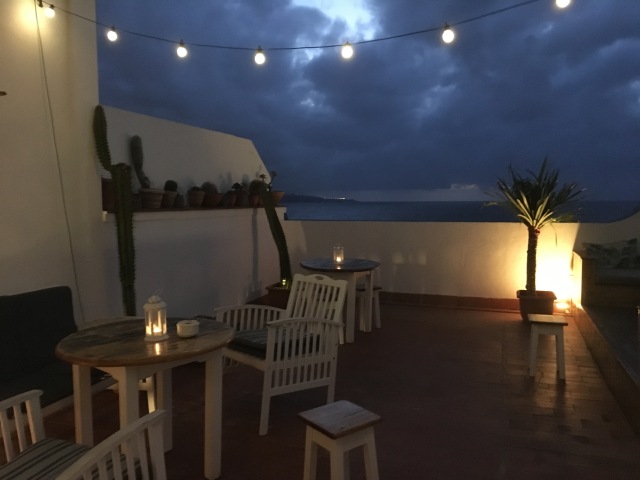 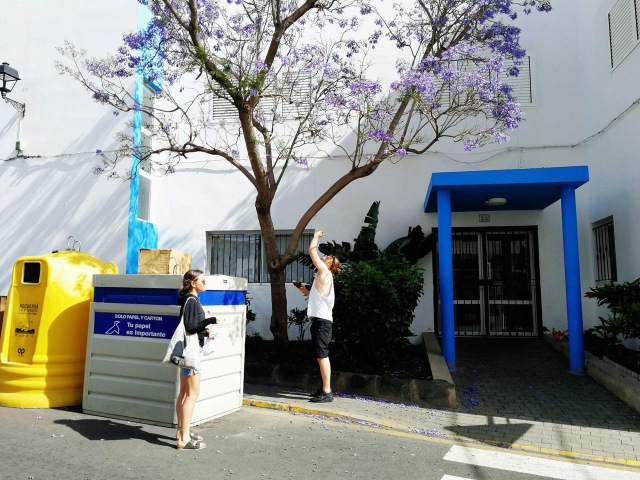 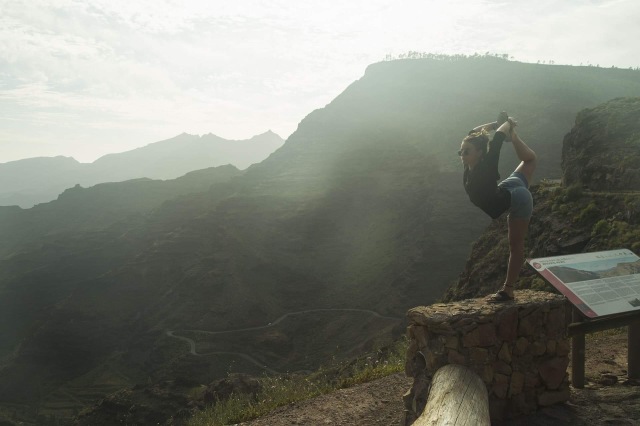 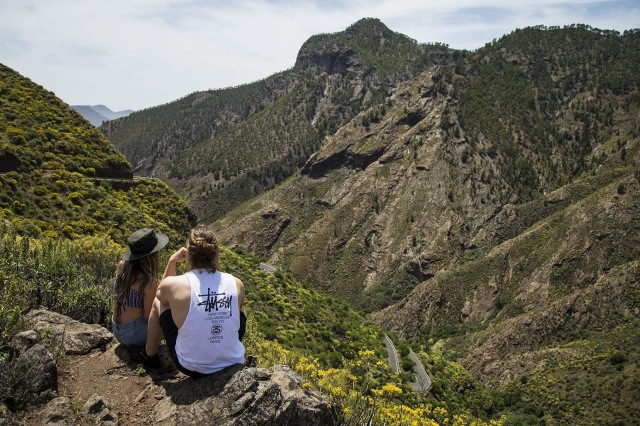 Wondering what the hazy look of gold and tan on the edge of the ocean was as I sat and read my book awaiting someone to fill me in about the curious sight on the edge of the horizon. “Sand” he said, “from the Sahara, the winds pick it up and bring it flying high”. Above the sea, trapped within atmospheric pressure, sands from possibly the most iconic desert on earth floated silently as I watched from a distance, sitting alone on the roof of my hostel, on a dot of an island in the eastern Atlantic. ‘Who knows the souls who have walked upon what once held an earthly home’ I thought, now wistfully trapped in its air embrace, boundless sky it’s mode of transport. Maybe it will be deposited back to the sea, or end up on a beach back home or hitch a ride to Brazil on cargo ships I could see off shore, tiny rectangular seemingly sedimentary ships in the distance. Pebbles of such fine sand you could breathe it, dancing along the breeze was the closest I probably got to my ancestors who paced their bare feet back and forth throughout those dunes thousands of years ago, now engulfed by surges of wind. Context lost in the movement of it all..

One thought on “Sands From the Sahara- Gran Canaria”